The Embarrassing Price of Salmon 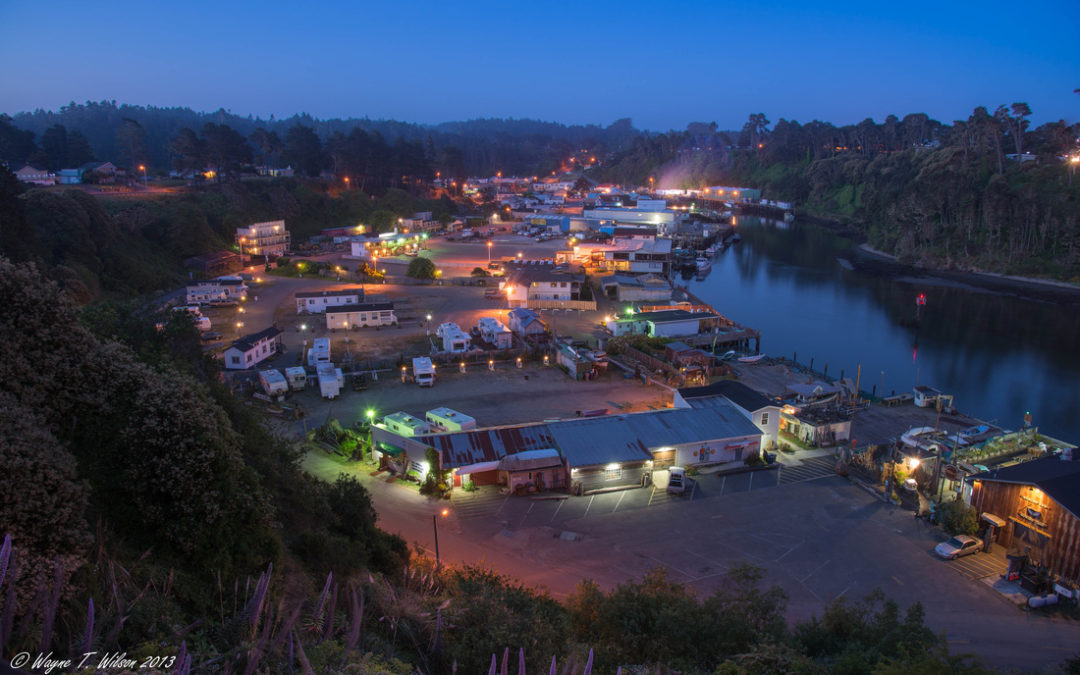 As I sit here on Sunday night tied up in the Noyo River Basin at Ft. Bragg, I look around at what used to be one of the most bustling harbors on the coast. The 2016 commercial salmon season is set to open north of Pt. Arena tomorrow. In years past, the commercial boats from all over California would be tied up together spanning nearly the full width of the river. Usually, 100’s of out of towners waiting to head out into the Pacific. This year, there are 5 of us. That’s right…just 5.

What happened? Well, the answer is quite simple. There are no salmon left in California and the consensus is, that if you go try to catch them, you will most likely spend more than you will make. A once bountiful resource has been decimated to near extinction. The truth of the matter is, California King salmon is not long for this world, and at the direction, things are heading, it’s unlikely that you’ll be able to find wild King Salmon at your local farmer’s markets for much longer. It will be replaced by farmed salmon. Farmed salmon at farmers markets you ask? It’s already happening all over Northern California and in your areas. More on that in my next email.

So where did the salmon go? Well, it depends on who you ask. Some radical environmentalist types would have you believing that overfishing has destroyed this resource. That can’t be any further from the truth. As a matter of fact, a consolidated effort by commercial and sport fishermen in the state are the only reason the salmon haven’t joined the extinct list already.

When you start thumbing through the historical data of catch rates and returning salmon to our inland rivers, you can quickly see that commercial and sport harvest had little to no impact on our salmon stocks. Hang with me as I toss some numbers out to you. Commercial salmon fishing in California is extremely regulated. In fact, it operates as a “limited entry” fishery. This means there are a finite number of permits available for commercial harvest in the state. The only way to get your hands on one is to buy one from a private party and transfer it to your boat (after jumping through a bunch of hoops).

In the 70’s when they started regulating salmon fishing, there were nearly 11,000 permits in the state of California. That’s a lot of boats out catching the critters. So how many fish made it by all those boats and up into the Central Valley rivers to spawn and reproduce for securing future generations? Well in 1975, about 250,000 fish came up the rivers. Keep in mind, this was during a time where there was no regulation and anybody could go out and commercial fish for them.

When you move forward to the mid 80’s, you will find that about 300,000 fish came up the Central Valley rivers. A pretty good increase most likely resulting from the regulation from a “free for all” to a limited entry fishery. In the early 90’s fishing was tough due to El Niño conditions off the coast of California. This resulted in many fishermen going broke and letting their permits expire. Once these permits miss the annual renewal, they are seized by the state and will never be issued again.

By the time the 2002 season arrived, the poor fishing seasons of the 90’s left only 1600 permits in existence. If you were one of the lucky ones to have made it through, you were well rewarded. 2002 saw a record amount of fish caught. Not only that, nearly 900,000 salmon made it past the fishermen to find their way into our rivers to spawn and reproduce.

This was by far the greatest number of salmon ever to enter our waterways since the beginning of record keeping back in the 50’s. Things looked very promising. Think about it, a person was able to make a comfortable living competing against 11,000 other fishermen while maintaining a sustainable resource that allowed 250k to 300k salmon get past the gauntlet every year. Now with record stocks they had a fraction of the competition with no threat of anybody else being able to enter this fishery.

And overnight, it took a turn for the worst. Water started being stripped from the delta at a record pace. Central Valley farming, Southern California population and many other entities began sucking our rivers dry. Since 2002, the salmon have been on a lightning quick decline and a record number of permits have been surrendered to the state.

Salmon need our rivers to survive. As we export water out of our river system, salmon are susceptible to so many factors. Small salmon fry getting sucked up into pumps, shallower water making it easier for predation, but none bigger than the water temperatures left behind. When water temps reach 70 degrees, there is a 100 percent mortality rate on the eggs laid by salmon. When we release water from our reservoirs to supply the water exportation, we are leaving low reservoir conditions for the fall when the salmon come up the rivers. These low reservoirs get extremely warm and we have literally been cooking the eggs for years now and there are no salmon left.

It is now virtually impossible to even cover expenses by going out and commercial fishing for salmon. There is still a demand though and this means record-setting prices. When we go out and catch a few fish, we have two options when we get back to land. We can sell them to wholesale fish buyers, or we can retail them at farmers markets. A lot goes into retailing them as you might expect, so we have to get about $7 more per pound at farmers markets. Well, this year the wholesale fish buyers were viciously competing to get their hands on the limited number of fish we were catching and before you knew it, the wholesale dock price ended up skyrocketing to insane numbers.

Until more fish are caught, the wholesale price will remain through the roof. Laura and I went round and round on what to do this year. It was embarrassing to put a $35 price tag on a piece of fish, and we seriously considered not bring salmon to our markets. We were just going to sell it wholesale for $28 and not pay all the labor and expense on getting it from our boats, cut and packaged, and then to the market.
Ultimately Laura talked me into letting the customer decide if they wanted it or not. That is the story of how we arrived at $35 salmon.

Please do your part in helping to educate folks when you hear somebody talking about avoiding wild California King salmon because it’s being overfished. Let them know that irresponsible water management and almond farming in a dessert is how we arrived here and that a handful of boats sitting in the Noyo River Basin are not the ones to blame for this tragedy. We will continue to do our best to hold on. If we don’t fix our waterway issues, I don’t know how many more years we can make it. We’ve held on from being 1 in 11,000 to being one in 250, but our resiliency can only carry us so long.

Thanks for the ear and I hope that I’ve been able to shed some light on the reasons for the high salmon prices this year at the markets. Stay tuned for my next email that talks about the infiltration of farmed salmon at farmers markets in your area.

How To Pre-Order
Disclaimer